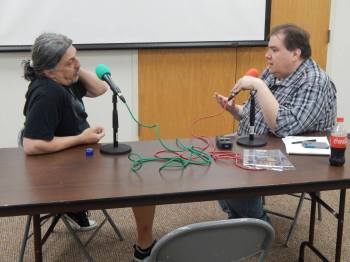 Earlier this month, Jerry traveled to Lebanon, MO, for the inaugural MEGA Con. While there, he took part in the first Midwest Geek Summit podcast as well as hosted three panels. Last week, we posted the panel with actor John Dugan. Today, we are sharing interviews that Jerry did with two comic creators: John Lucas and Roland Mann.

A big thank you goes out to the Lebanon MEGA Con for inviting WCPE to the show, and to John Lucas and Roland Mann for their respective interviews.