Home › John › John of All Trades – My Favorites from Darwyn Cooke

John of All Trades – My Favorites from Darwyn Cooke

I met Darwyn Cooke for a hot minute at Planet Comicon. He was fantastic as he sketched Hal Jordan in my copy of DC: The New Frontier and I tried to remember everything I wanted to say to him. I totally forgot to mention how his Parker adaptations turned me onto the original Richard Stark novels and how he forever changed the way I would see Selina Kyle. I asked about a commission and he apologized as he told me a price that was totally fair although out of my range. I thanked him and he went on to be totally cool to the next person in line. And that is what I remember most about my minute with Darwyn. He was cool.

Last week, Darwyn lost a battle with cancer – a battle that most of his fans didn’t even know he was fighting. A statement came out from his wife that he was receiving palliative care and while I knew that it probably meant the end was near I wasn’t prepared for the announcement just hours later that he was gone. Darwyn Cooke was 53 … just a few years older than I am as I write this.

I don’t usually get choked up at the passing of people I didn’t really know personally. The death of celebrities or musicians is going to happen and as we get older, so do our heroes and their passing is just a part of the march of time. Prince and David Bowie (as well as others) weren’t really people that I knew and while I certainly respect the way that their loss affected of those that loved their work they didn’t hit me like this. I was in the physical presence of Darwyn Cooke for about a minute but I have spent hours in the presence of his work and I leave amazed every time. His artwork often seemed simple. It seemed from a simpler time. Perhaps this came from his work in animation or cartooning. The funny thing was that it wasn’t simple – not at all. It was perfect. Every panel was perfect. The faces, the pacing, the action, the quiet moments that tore you apart. They were perfect.

In honor of Darwyn, I decided to pick some of my favorite collections of his work. These suggestions won’t show you everything he did but they will give you a peak into his range as a storyteller, both as writer and as artist. 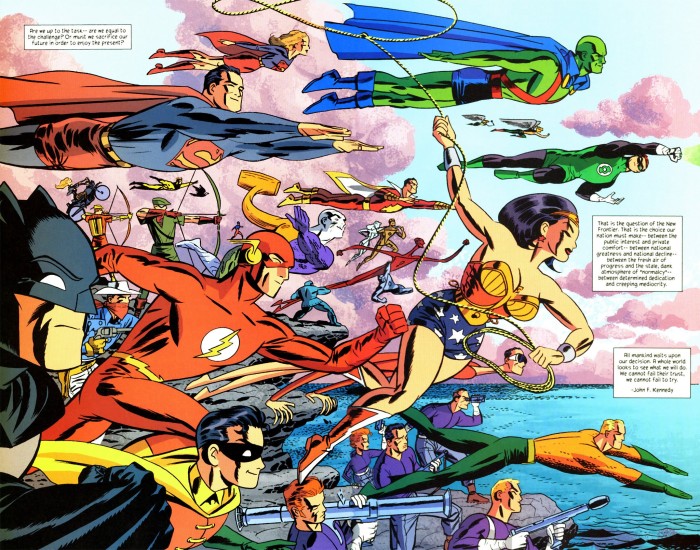 This is everything that I have every wanted a comic to be. The story is primary focused on the United States of the mid-twentieth century. Superheroes are appearing openly for the first time but Cooke is able to take on many of the issues in one our countries most dynamic periods in a way that creators couldn’t at the time. In a time where it was ‘better to be dead than red’, anything that was seen as being critical of the U.S.A. was getting an extra look. Cooke is now able to put Wonder Woman in Indochina and Green Lantern as a pilot in the Korean War and reflect on what that might mean for these heroes and the public’s reaction to them. With paranoia at an all time high, how would officials react to a man that could run across the country in seconds, or a man from Mars, or a powerful woman that fought for gender equality.

The most amazing thing about Cooke is that despite the fact that he fully recognizes the mistakes that America was making, he is able to create heroes with an air of optimism. They know that things aren’t ideal, but they believe that they can be better and they choose to fight for that better world. They choose what is right over what is expedient.

If you can read the Absolute Edition of this comic you won’t want to see it any other way. Truly glorious. 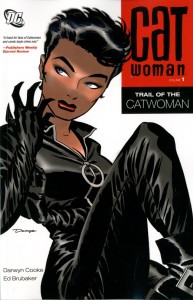 This book was created by Cooke as a prequel to the work that Ed Brubaker wrote and Darwyn drew in Detective Comics and then for a new Catwoman series. The stories marked a creative shift to portray Selina Kyle as a thief but also a streetwise crusader to protect those in her community.

In Selina’s Big Score, Selina is broke and in need of a large job. A scheme falls into her lap but to do the job she’ll need someone with the connections and the chops to get it done. Unfortunately the only one that fits the bill is a hardcase by the name of Stark and they have more than a little history. Stark is pretty clearly a reference to Richard Stark, the pseudonym of Donald Westlake and the character is clearly based on his creation Parker. Like those stories, this is classic crime noir and is a heist story and NOT a super-hero story. I loved it.

I own this story as a part of the Catwoman: Trail of the Catwoman collection. To be honest, I prefer this prequel to the work set after it but they are all well worth reading.

The Parker Adaptations from IDW Publishing

Cooke took the Parker novels written by Richard Stark (pen name of Donald Westlake) and adapted them to comic form. The adaptations were

These stories turned me on to the original novels as well as some of the movie adaptations although I never really saw one of the movies that really captured Parker. Everyone wants to make him likable or sympathetic. He isn’t. The man is hard and humorless. He does a job, gets paid and lives high off the reward until he goes broke again. For some reason people keep double crossing him. I think if they had read the other books they really, really wouldn’t. If you like movies with guys like Lee Marvin, then I think you’ll love these stories. 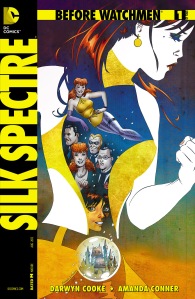 Before Watchmen: Minutemen – written and illustrated by Darwyn Cooke

Before Watchmen: Silk Spectre – written by Darwyn Cooke and drawn by Amanda Conner

The Spirit – written and drawn by Darwyn Cooke