Chris Burnham is a comics artist and creator who is also the #1 New York Times Bestselling Artist of Batman Inc. and the co-creator of Nameless with Grant Morrison and Officer Downe with Joe Casey!

Chris is currently writing E is for Extinction for the Marvel Secret Wars event and crawling through the underbelly of the internet to find inspiration for his horror sci-fi thriller. He’s got a tough constitution for things you can’t unsee.

Take a moment and listen to this awesome interview with our very own John Holloway from the floor of the 2015 San Diego Comic-Con. 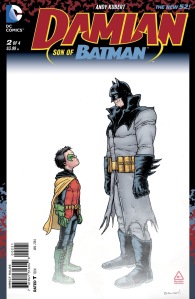 Find out more about Chris and his work by following the links below.

Thanks to Chris for speaking to the Worst. Comic. Podcast. EVER!  We love his work and we’re really looking forward to future collaborations with Grant Morrison in the next version of Heavy Metal!

If you enjoyed this interview and would like to hear more, be sure to head to our WCPE Interview page. Also, be sure to get updates by liking us on Facebook or following us on Twitter.