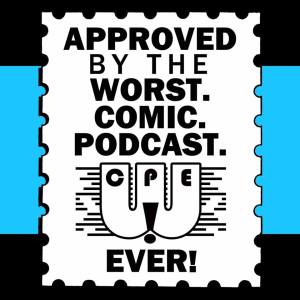 It may be more than a full week away, but the countdown has begun for the 2015 San Diego Comic Con (SDCC). All of the cool kids in comics will be there, including Cullen and John from the Worst. Comic. Podcast. EVER! The guys will be volunteering some time working at the Hero Initiative booth (5003), and the podcast will be set up at booth 2306.

However, not everyone is going to be there. Specifically, Marvel Studios! What?!?!? That makes no sense! They’ve already had one of the biggest movies of the summer (Avengers: Age of Ultron), and they have a new movie about the world’s smallest super-hero, Ant Man, opening in mid-July. So why wouldn’t Marvel Studios be at SDCC? Well, friend of the show Brent Kincade, the mastermind behind @ThatTimeonDrWho, did some research into the reasons why Marvel Studios will not be at SDCC. Brent found a lot of possible reasons, and has narrowed the likely causes down into a top ten list. So, without further ado, we give you…. 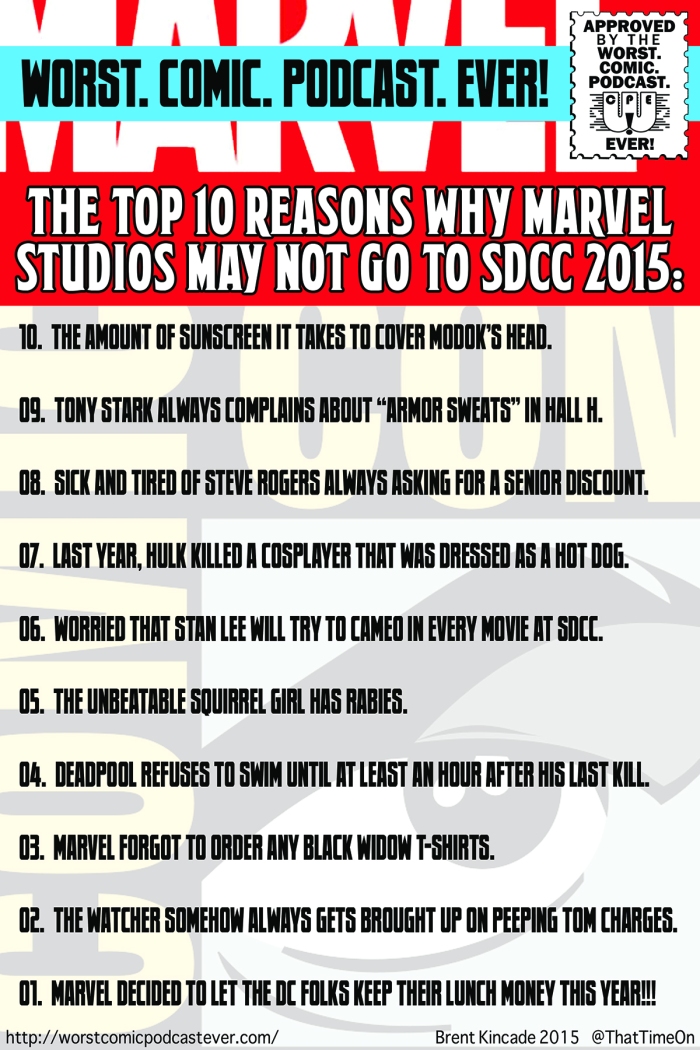