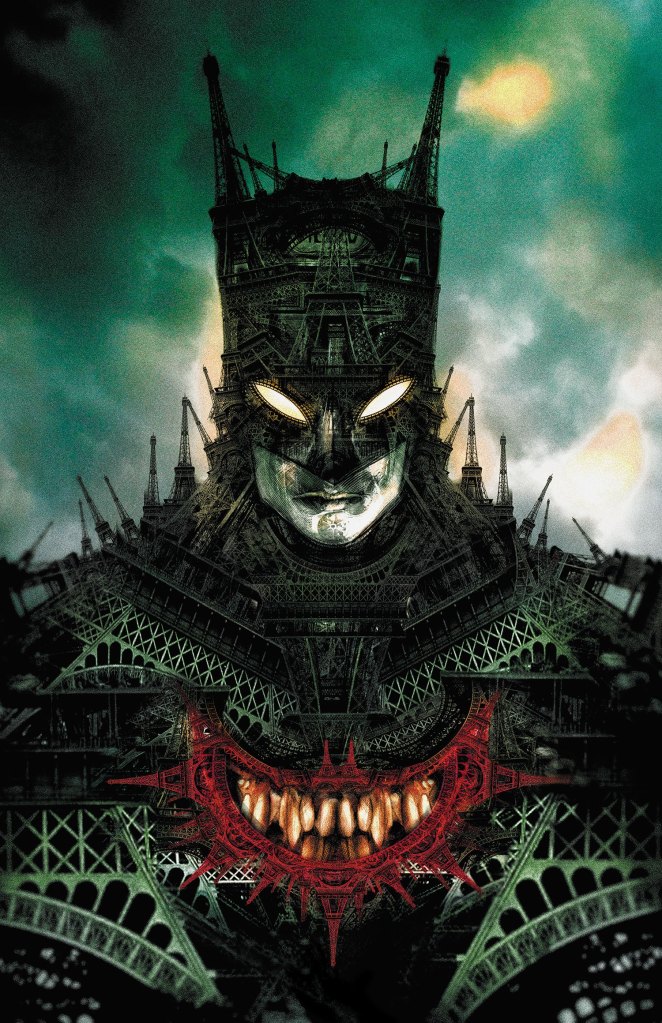 The premise of this book interested me. Batman and the Joker have both been infected with a virus. They receive clues that bring them together and necessitate their cooperation as they navigate four European cities to solve the mystery of their poisoning and to find a cure. As time passes the effect of the virus becomes more pronounced. Will these ultimate enemies of the DC universe keep from killing each other long enough for the Colussus virus to kill them first?

Aspects of this series really work for me and others don’t. From issue 1 to 3 the art becomes more surreal. The choice seems to be that as the virus becomes more pronounced that Batman has a greater difficulty perceiving reality. The choice is a good one but the execution fell down for me in issue 3. The Paris chapter has a stunning cover (seen above) but the interior art became so muddied for me that if it weren’t for the text insets I would have had no idea what was happening. There are moments that remind me of Dave McKean’s groundbreaking work on Arkham Asylum: A Serious House on Serious Earth but the tones were so dark (at least digitally) that I couldn’t really appreciate the uniqueness of the art.

The characterizations here also seem to miss an opportunity. I read complaints that felt that Batman was out of character for a couple of the issues. I felt that this was a consequence of the virus. In fact Batman makes a couple of out of character jokes and I thought I knew how things were going to go and then they didn’t. What I anticipated was that Batman was going to become more delirious and more like the Joker and that the Joker was going to become more serious and more like Batman. That didn’t really occur. Batman just became a little less Batman and that was it.

In issue 4 the big bad is revealed and I have to say I was surprised and underwhelmed. Batman comments “Of course it’s ___” but I don’t see how there was any ‘of course’ to it at all. For me the nature of the attack was totally out of character for this villain so the reaction surprised me. The end fight between Batman and the main villain ends the book similar to how it started with a fight between Batman and a vastly superior physical opponent. In each case Batman wins by just hitting the other guy a lot. Nothing clever, no gadgets, just punching a lot. Moments from dying of a virus and he just punches a lot. Meh.

There are some good moments in this series and some great art sprinkled in (even in parts of issue 3) but it didn’t really grab me the way I thought it might with Azzarello writing. Not a bad read if you can find the issues for cheap but I don’t think I would shell out 23 bucks to get it.

Some other stories of superheroes in Europe include: 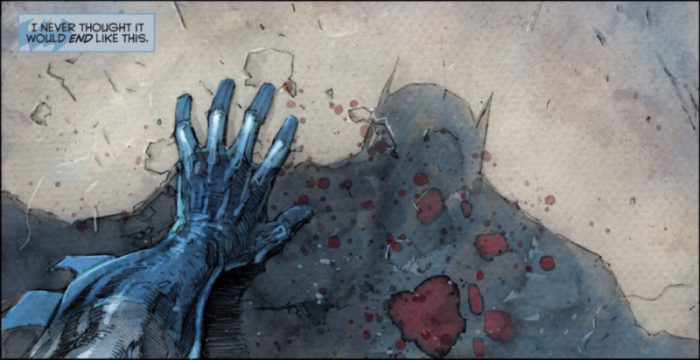