Happy holidays to all our friends out there! I hope that you get everything you were hoping for this Christmas (if you were good that is)! This week I’m spotlighting several floppies that I wouldn’t mind finding in my stocking along with my usual lump of coal.

Venus #1 (of 4) ($3.99, Boom! Studios): I’m a sucker for scifi and one of the most popular themes of the genre is the exploration of the strange and wonderful. Writer Rick Loverd and artist Huang Danlan bring us this story of a team trying to survive the harsh conditions of Venus after crash-landing. The tale takes place about 130 years in the future and the Earth’s major political powers are looking for new resources as we have been sucking the home planet dry. China has called dibs on Mars so the U.S. has decided to go sunward and see what we can take from Venus. Venus and Earth have a lot in common from the surface down but are very different from the ground up. I’m curious to see how these astronauts survive the insane atmospheric conditions (it is hot enough to melt lead and it rains sulfuric acid) and very long days and nights (WWII ended 56 Venus days ago) of the 2nd planet from the sun.  Even a compass is useless on Venus with essentially no magnetic field. I also like that this is a limited series which is great for those of you with commitment issues. I can’t wait to see what our closest neighbor has in store for us!

The Death-Defying Doctor Mirage: Second Lives #1 (of 4) ($3.99, Valiant): Another limited series! I am hoping to explore some of the other publishers beyond the big two (or three) and we know a lot of fans of the Valiant universe. I did not read the first run of this series from writer Jen Van Meter and artist Roberto de la Torre so I’ll quote from the solicit.

Occult investigators Shan and Hwen Mirage lived their lives in the thrall of an epic love that few will ever have…until Hwen died tragically before his time. Now, after a perilous trip through the underworld, Shan and Hwen are reunited…but Hwen is still an intangible spirit of the dead – incapable of opening a spellbook or even touching his wife.

Their options exhausted, the death-defying Doctors Mirage are about to enact a dangerous spell to restore Hwen’s solid form…and grant his ghost a second life. But, in the wrong hands, their ancient rite will become a tool of terror – and unleash a force of pure, homicidal evil that lusts for the murder of the living and the dead alike… a torturous death that obliterates not just everything a person ever had in this world, but everything their ghost will be in the next! 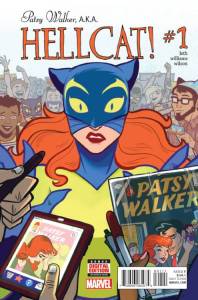 Patsy Walker A.K.A. Hellcat #1 ($3.99, Marvel Comics): For many of you, your introduction to Patsy Walker came from the excellent Netflix series Jessica Jones. In the comics, Patsy’s story has some similar elements although her relationship to Jessica has not been at all the same. Based on the preview images that I’ve seen this book is muuuuuch different than JJ. Writer Kate Leth and artist Brittney Williams seem to be creating a book with a much lighter feel and while the book isn’t billed as an ‘All-Ages’ book is has the feel to me of being somewhere in between Squirrel Girl and Batgirl. Williams style seems like a perfect feel for this book and I think the team is going to give us dads with daughters something we can share with the next comic generation!

Patsy is working for She-Hulk’s law firm but that isn’t enough to make ends meet. She was a star of romance comics (written by her mother when she was a teen) before she became a super-hero and even lived in Hell for a while (not Hell’s Kitchen … actual HELL hell). Besides her physical abilities and training, Patsy also has the ability to sense magic which should determine at least some of her encounters.

Besides the cover above by Williams, I also loved the covers by Marguerite Sauvage and George Perez as well.

Darth Vader #14 ($3.99, Marvel): I loved The Force Awakens. It wasn’t perfect but I still really enjoyed it. That said, Kylo Ren is no Darth Vader. Darth Vader is one of the greatest movie antagonists of all time. In this crossover event, the rebellion has managed to strand Vader on a planet and they have him surrounded with soldiers and weapons. Sound like this Dark Lord of the Sith is in trouble? Well, it certainly sounds like someone is in trouble and I’m not sure it is the heavy breather. This is the fourth part of the six issue Vader Down series. If you know me you know that this series by writer Kieron Gillen and artist Salvador Larroca is one of my favorites of the year and the action hasn’t let up once this entire year!

As always, WCPE is happy to be publishing #FCIW with the support of Elite Comics in Overland Park, KS. William and the Elite Crew run a friendly, clean, and safe comic shop which is welcoming to all and supportive of many local and national non-profits including The Hero Initiative. Stop in, pick up these four books, and let the gang at Elite Comics know that the Worst. Comic. Podcast. EVER! sent you over. 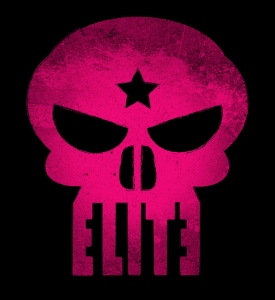