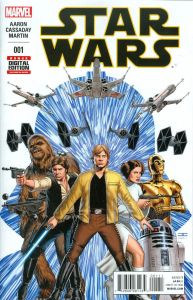 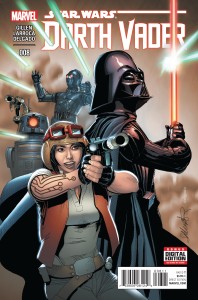 A long time ago in a galaxy far, far away…

OK, in all actuality, it was just last January that the Worst. Comic. Podcast. EVER! embarked on a mission. Not as noble as rescuing a princess from evil overlords, but just as important to us at least. We were going to read the new Star Wars title from Marvel Comics as our book of the year. Simple enough, right? We even started our journey with a quick interview with series writer Jason Aaron at the premiere of issue #1.

But along the way, we all started picking up many of the other books in the Star Wars line – Darth Vader, Princess Leia, Lando, Chewbacca, and Shattered Empire. Friend of the show James Taylor even gave us the first set of issues for Kanan The Last Padawan so we wouldn’t miss out.

John, Cullen, and Jerry sit down for one last look at the 2015 Star Wars books, discussing what made the books work well issue after issue. We also offer up what future books we would love to see in the months ahead from Marvel. 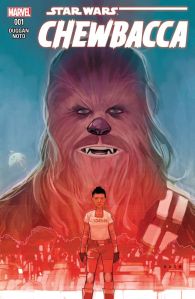 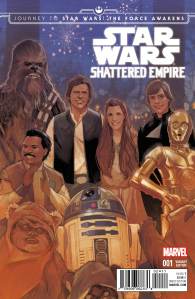 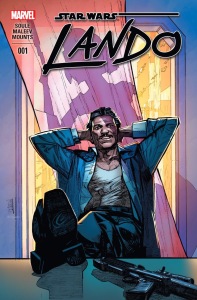 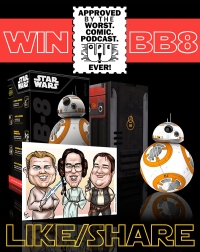 We also drew a name for the winner of our BB-8 giveaway. This was running over on our Facebook page, where we were asking you to LIKE our page and SHARE the post on your Facebook page. We had a great response to the giveaway, and we hope everyone sticks around to see the incredible things we have planned for 2016. So from all of the entries, the name drawn was Kelsey Sparrow. Congratulations!

So, as you head out this weekend to see The Force Awakens, please remember to not spoil the movie for anyone that hasn’t seen it yet. (Some of us can’t make it through the midnight showings anymore, and still be functional at work the next day!)

We are the Worst. Comic. Podcast. EVER!, and we hope you enjoy our show. May the Force be with you!

Like Loading...
‹ Throwback Thursday – Showcase Presents The Elongated Man Vol. 1
I’ve Got Issues – Have Yourself a Merry Little Christmas ›