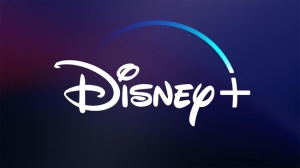 Cullen, John & Jerry are back in the recording studios this week, ready to spread the wonderful message of comic books to the masses. Or maybe we’re just hanging out in our basements chatting like we normally do on a Wednesday night. Either way, our loyal listeners are the big winners, so let’s get going with the show.

Obviously, the big news from the past week was the D23 convention in California. Disney made up for the lack of trailers and announcements at San Diego Comic Con earlier this summer with a wide range of show news, sneak peeks and more info on the rollout of Disney+, the new streaming service that will begin service in November this year.

We review the new show announcements for Disney+, such as Ms. Marvel, She-Hulk, Moon Knight and (FINALLY) an Obi-Wan Kenobi show starring Ewan McGregor. Take our money now! But wait, there’s more. Did you see the trailer for The Mandalorian? What about the Star Wars Episode 9 trailer? Disney, we will give you our bank account information, along with our mothers’ maiden names, RIGHT NOW! Sadly, we have to wait about 10 more weeks for the official rollout.

While we are waiting, it gives us the opportunity to catch-up on some other shows. John has been watching the first(/last) season of Swamp Thing on the DC Universe app, while Jerry has finished the most recent season of Supergirl.

We do have our Pick 3 selections for next week, sponsored by the good people at Clint’s Comics. Cullen and Jerry had to guess John’s pick for next week, not that it was much of a competition. It was a no-brainer that John would be choosing Legion of Super-Heroes Millennium #1 for his pick. But what did the other guys pick? Tune in and find out.

Remember, you can find Cullen at Rose City Comic Con in September in just two weeks. He will be at booth 1003, a.k.a. the Hero Initiative booth, with special guests Ryan Sook and Liam Sharp.

We would love to hear your comments on the show. Let us know what you’ve been reading or watching this week. Contact us on our website, Facebook, Twitter, Instagram, or by email. We want to hear from you! As always, we are the Worst. Comic. Podcast. EVER! and we hope you enjoy the show.

The Worst. Comic. Podcast. EVER! is proudly sponsored by Clint’s Comics. Clint’s is located at 3941 Main in Kansas City, Missouri, and is open Monday through Saturday. Whether it is new comics, trade paperbacks, action figures, statues, posters, or T-shirts, the friendly and knowledgeable staff can help you find whatever it is that you need. You should also know that Clint’s has the most extensive collection of back issues in the metro area. If you need to find a particular book to finish the run of a title, head on down to Clint’s or check out their website at clintscomics.com. Tell them that the Worst. Comic. Podcast. EVER! sent you.