Welcome to Marvel Saga, a team-up podcast from the creative minds behind Comic Reflections and the Worst. Comic. Podcast. EVER!

Comic Reflections, hosted by Nicholas Prom, looks at comics from the Silver and Bronze Ages. The Worst. Comic. Podcast. EVER!, co-hosted by Jerry McMullen, is a weekly show looking at comics, movies, and TV shows with reviews, previews, and interviews. 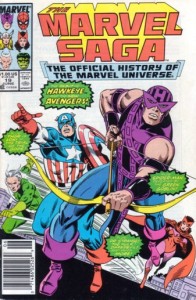 In this episode, Thor is on trial, the Fantastic Four feel helpless, the Hulk is rescued by Talbot, Peter Parker gets his diploma, and the Avengers are seeking new members to join the team.