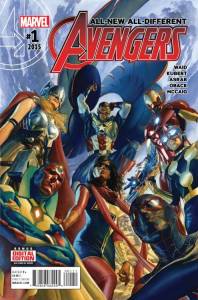 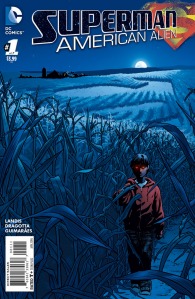 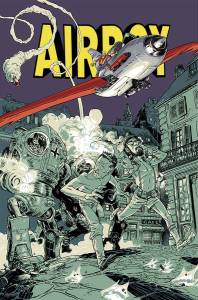 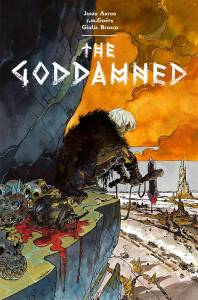 Well, a funny thing happened on the way to New Comic Book Day! Brent & Jerry have been having so much fun with our Second Opinion column, which reviews the new episodes of Doctor Who each week, that we decided to jointly put together our Four Comics I Want feature this week. We each picked two titles, and then we soundly mocked each others picks. Nevertheless, we are sure you will enjoy getting all four of these books this Wednesday at your local comic shop.

All-New All-Different Avengers #1 ($4.99, Marvel Comics): This is like a fanboy dream match-up that’s been 20 years in the making. I’ve been reading the Avengers since the day I got into comics. My collection starts with issue #10 (November 1964). In 1996, writer Mark Waid took over the Avengers title with issue #400. Sadly, that run came to an abrupt end with #402, as the Avengers sacrificed themselves to save the world from Onslaught, only to be “reborn” in the Heroes Reborn pocket universe. And we all know how that turned out, right? So here we are in 2015, and Mark Waid is finally back with All-New All-Different Avengers. Seriously, why has it taken so long to get Waid back on the book? Hey, at least he has been given a classic line-up of characters to work with, and can finally tell the Avengers stories he’s been waiting to tell for two decades. I can’t wait to see what he does with the likes of Captain America, Thor, Ms. Marvel, and even Spider-Man. — JM

Superman American Alien #1 ($3.99, DC Comics):  I have always been such a sucker for differing interpretations of the early days of Clark Kent. So much so, that I sat through TEN YEARS of Smallville on television! However, it looks as though this book will get to the point a lot more quickly than Smallville ever did. This 7-issue miniseries is written by Hollywood screenwriter and Eisner Award nominee Max Landis (American Ultra, Chronicle). with art being divided up among a group that includes Francis Manapul, Jae Lee, and Jock. With a variety of artists on board, it seems as though Landis will be able to play to the strengths of each artist to show us pivotal moments from Clark’s journey from slightly fractured perspectives. Expect the tone of the book to vary from the charm of a midwestern farmboy to the nightmares found only along the prairies of the great American flatlands. They won’t all be deadly serious though; we’ve been promised at least one funny issue. DC really seems to be introducing a lot of projects built around their strength of developing multiple versions and chronologies for each of their major Justice League players, keeping the characters both recognizable and unpredictable at the same time. –BK

Airboy#4 ($2,99, Image Comics): The fourth and final issue of this NSFW dark comedy finally comes to a conclusion. When we left off earlier this summer, writer James Robinson and artist Greg Hinkle were teaming up with Airboy, the legendary hero of yesteryear. Or maybe that’s just all of the drugs creating for one heck of a hallucination. Whatever the case, this has been a fourth-wall shattering romp that gave us a completely different look at a Golden Age character. And it gave us some looks that Robinson’s and Hinkle’s anatomy that we might have been better off not looking at – some things cannot be unseen.) Will they save the world, or will it all go up in smoke? Buy this issue to find out.– JM

The Goddamned #1 ($3.99, Image Comics): This book sees the return of the team behind the crime/western series Scalped, writer Jason Aaron and artist R.M. Guera, in a Biblical tale of violence and cruelty. The book is pitched as a “Biblical Noir” and takes place over 1,500 years after Eden, and Earth has definitely seen better days. Men fight prehistoric monsters and underdeveloped humans as they teeter on the brink of annihilation, and a long shadow has fallen over the land in the days just prior to The Flood that hits the reset button on Earth. As the story plays out against the bigger known events in the Bible, it could very well bridge the gap created as one era of man ends and the next begins. I boarded the Jason Aaron-train with his turn on Marvel’s Star Wars title, and having seen what he can do in a galaxy far, far away, I’m very excited to see what wonders and terrors he will show us during one of the most brutal and violent periods in recorded history. Besides, what other creator can claim to be at the helm of comic versions of both the Bible and Star Wars?  “And the earth was filled with violence.” Genesis 6:11 –BK